There’s nothing in the firearms world as fun and exciting as going full-auto. Unfortunately, there aren’t a lot of transferable machine guns available on the market, and the process to acquire them seems daunting for many buyers. Since the 1986 ban on new registrations, the fixed supply has resulted in ever-increasing prices as collectors are less and less willing to part with their irreplaceable machine guns. Over the years, the transferable machine gun market has evolved into two separate markets: collectors and shooters. Decades ago, they used to be the same people.

For Example: If I owned an original WW2 German MP40 in 1965, I would not have much invested in the gun and wouldn’t feel bad about taking it to the range on a rainy day, running a few thousand rounds of corrosive ammo through it, and neglecting to clean it for a few days. The MP40 would have cost me $250 ($50 for the gun and $200 for the transfer tax, see flyer below). While $250 was a lot of money in 1965, nowadays an original MP40 may be worth $18,000 and up. Taking such a collectible gun to the range and running a few thousand rounds would not be a great idea because you’d be diminishing its value by adding wear, and possibly breaking, a 70-year-old part.

In many ways buying a transferable machine gun is like buying a used car. You will typically be asking yourself the same questions:

- Was it severely damaged/"totaled" before?

- What parts look worn or broken and need to be replaced?

- Did the previous owners take care of it or was it neglected?

- Do I need a "mechanic"/gunsmith to look it over before I commit to such a large purchase?

- Who can fix it when it breaks?

- Can I get spare parts?

- Am I being scammed? Sometimes you’ll find people grossly misrepresenting the gun’s condition, or worse, offering a gun for sale they don’t even possess.

For collectible guns (like an original MP40), just as with collectible cars, there are even more difficult questions to answer. Like any other collector’s item, you are looking for the most collectible and authentic gun in the best condition. You’ll want answers to the following questions:

• Does it work? Some guns are so old that the current owners won’t shoot them or don’t care to.

• Is the seller accurately representing the gun? Sometimes an honest seller just doesn’t know or can’t tell. He may be the tenth owner. Some of these old guns are confusing to the experts as well. For example, if he bought an MP40 in 2000 from another collector who bought it in 1990, and the gun was REWAT (reactivated) by a previous owner in the 1980s, then transferred on a Form 4, there’s no accessible paper trail showing that the gun is a DEWAT - REWAT. Since these transfers are considered private tax information by ATF, they will not divulge data of previous transfers.

My best advice for those looking to buy collectible guns is to go to the major shows and get to know the dealers who typically sell them and the other collectors who already own them. You’ll find that the easiest people to talk to will also be the easiest people to deal with in the future. Read as many detailed books on the guns you are interested in as possible and become an expert yourself. “Shotgun News” features, Peter Kokalis’s articles, and “Collector Grade Publications” are all great resources. Once you’ve done the research and know what you are looking at, you should lay eyes on the gun you want to buy and take some time to examine it. Don’t forget the white gloves. 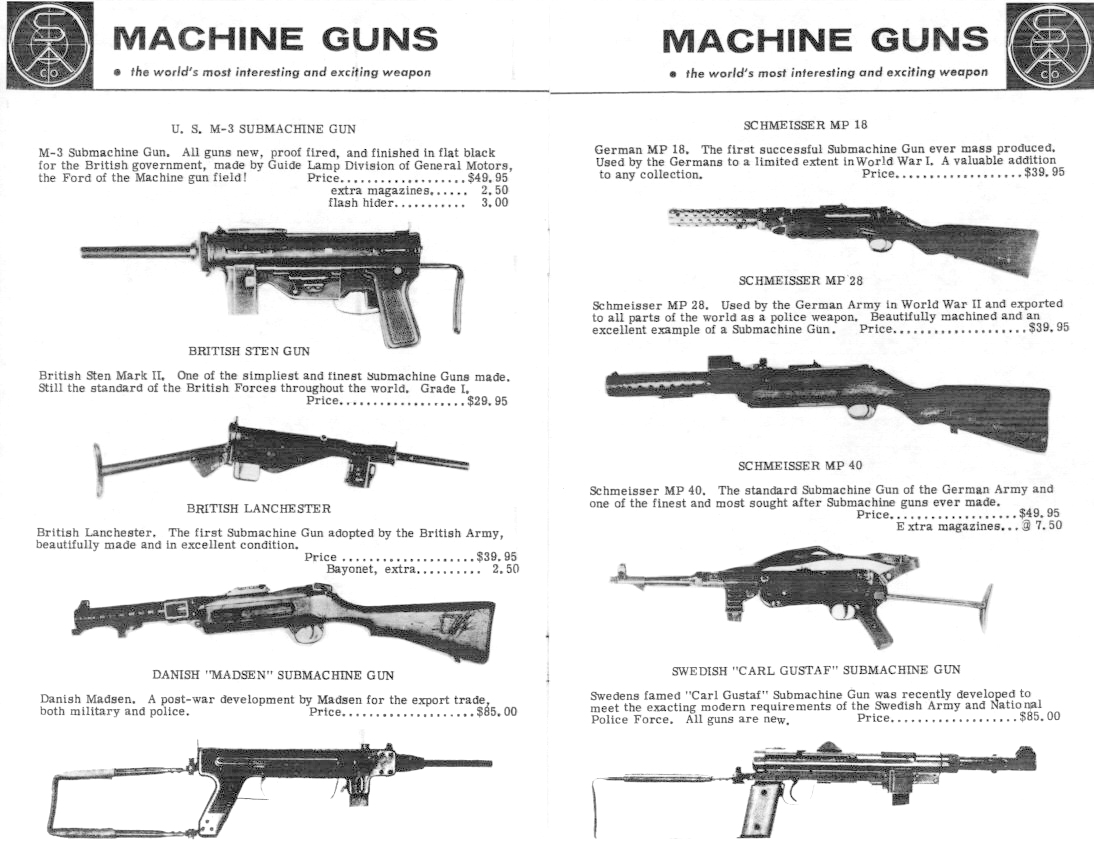 For those of us more interested in "moving lead," our primary concerns are performance, durability, and ease-of-service. You’ll need to decide what you want out of the full-auto experience and the gun that will best fit your budget and capabilities. There are seven basic categories of machine guns:

Everyone has their own opinion of what’s enjoyable to shoot. Some people like the fast "squirt" of an M11 with a MacJack, or a mag dump through a short and light 308, like an HK51. For me, what makes full-auto shooting fun is the nexus of capacity and control. If I can hold down the trigger and draw long straight lines on the backstop, I have a fun-to-shoot machine gun.

The bigger the gun, the more parts you’ll have to worry about breaking, and the more you’ll have to be a "mechanic" to keep it running. Once you get up to LMG-sized guns, stockpiling parts becomes a necessity. If you can’t make or buy parts to keep your gun running well, you’ll have a transferable full-auto "paperweight" after a few outings. Buying an LMG - HMG for shooting is a huge commitment in time and money.

For the guns smaller than LMGs, many on the market are simply rifles with a full-auto capability. They are generally not good for sustained full-auto firing. When I consider a machine gun, I ask this question: Can I fire 500 rounds in 5 minutes without breaking the gun? For me, the best machine guns on the transferable market are belt-fed guns on tripods (preferably water-cooled) and SMGs with high-capacity drums. My personal favorites to shoot are the Stemple 76/45 U9 setup (9mm, 70rd drum, 13” barrel, 4x scope, bipod) and a Vickers MMG (.303 Brit, 200 rd belt, tripod mounted, water-cooled).

Sometimes the idea of shooting a gun is not as good as the actual experience. Determine what you like by getting some trigger time on a variety of full-auto guns. Spend some time at rental ranges and organized events like Knobb Creek or Big Sandy. Become a technical expert on the specific gun you want. Educate yourself on the market for the specific gun, spare parts, and service options you may need. Get to know other shooters who own similar guns. The machine gun community is very welcoming and you’ll meet some great people. Acquiring the right full-auto gun for you will be a worthwhile and enjoyable investment. 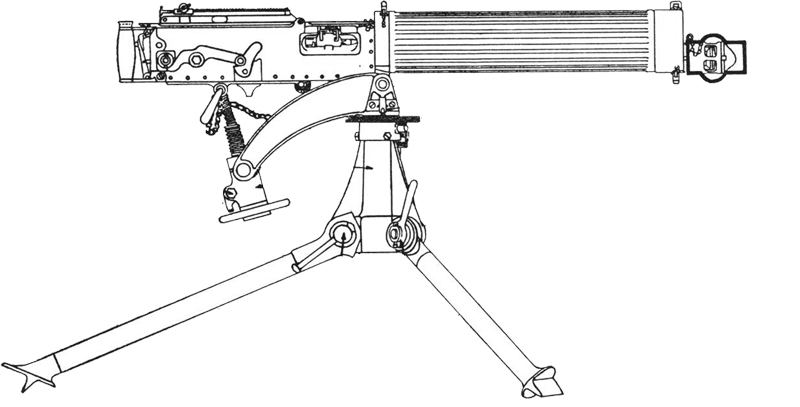 If you are going to buy a transferable machine gun for some serious shooting, you should consider the Stemple Takedown Guns for these reasons:

These guns are very difficult to break and very easy to fix. They are simple blow-back guns and very smooth-running in long full-auto bursts. Some of our customers who own the 9mm guns liken the full-auto performance to a laser beam.

There’s nothing on these guns that can’t easily be replaced. We designed this system to protect the registered receiver from any wear during use. The only parts that could possibly wear are easily replaceable without the need to ship the gun back and forth.

If you need service, we are here to support our products.

Buying a transferable machine gun is a big decision. Choosing the best gun can be difficult given the age and condition of most guns available on the transferable market.  For shooters looking for the most smooth, controllable, and durable investment-grade guns, we have the best products on the market and want to prove it.  I’d encourage you to make an appointment with us to see and shoot some of our guns at our facility in Georgia.